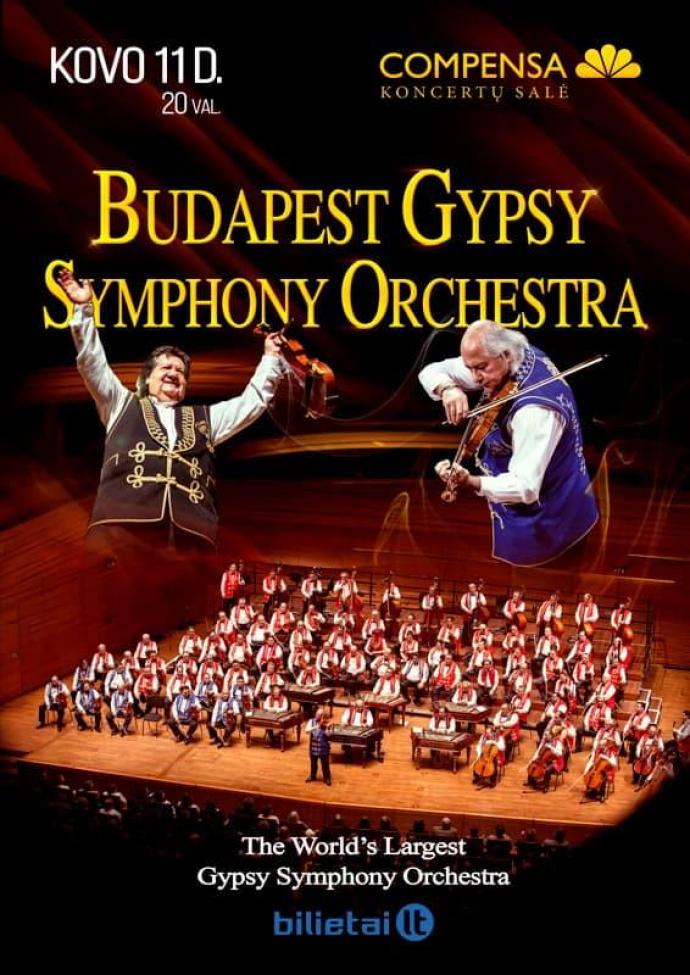 For the second time the world largest Gypsy Symphony Orchestra, known as the Hundred Gypsy Violins, is to perform for the Lithuanian audience. This unusual concert will include both classical masterpieces and traditional Gypsy and Jewish tunes, played in the original and inimitable manner of this orchestra.

Budapest Gypsy Symphony Orchestra is a unique phenomenon in the world of music. The orchestra performs traditional Hungarian and Gypsy melodies, as well as the classics by Brahms, Johann Strauss Father & Son, Monti, Bizet, Sarasate, in their original arrangement, without score or a conductor — one of the performers acts as the latter. The musicians listen to each other, playing as a single body, unerringly keeping time at the rhythm or style change.

Besides violins the orchestra comprises violas, cellos, double basses and clarinets. The icing on the cake in the orchestra sound is a virtuoso cimbalom player.

The story of the Orchestra origin is also unusual. In 1985 the most famous Hungarian Primas (first violin and leader) Sándor Járóka died. The best Gypsy musicians from all over the country gathered at  his funeral. To pay their respect to  Sándor they started to play, and, o wonder! - the orchestra was born — the orchestra, which brought joy to all the Europe and later made the world applaud.

«The Royal  Concertgebouw was shaken to foundation, the audience was inebriated with music! There is no other symphony orchestra in the world that has such vigorous and luscious sound, that plays so artfully and powerfully!»